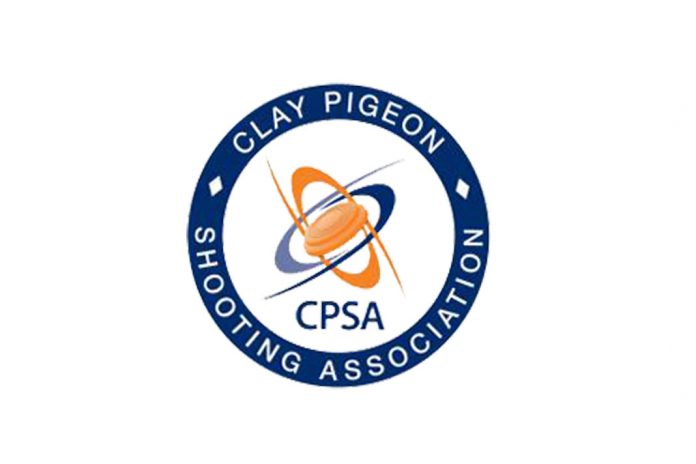 The Clay Pigeon Shooting Association (or CPSA) is the National Governing Body for Clay Target Shooting in England.

Clay shooting is a friendly and welcoming sport. Beginners are welcome at shooting clubs and will get plenty of friendly advice and encouragement from the regulars.

Founded in 1928, it is a constituent member of the International Clay Pigeon Shooting Council of Great Britain and Ireland and is represented on The World Forum on the Future of Sport Shooting Activities through the British Shooting Sports Council.

Its main roles are to promote and encourage the development of the sport; to liaise with government departments and police to represent the interests of CPSA members, including providing specific civil liability insurance cover and advice for its members; to regulate and develop all aspects of the sport (technical and otherwise); to promote and organise national competitions, some of which are staged by the CPSA and to select England teams for major international events, including the Olympics.

Clay pigeon shooting (including Sporting Clays) is a strongly supported sport with, according to its website, a CPSA membership of approximately 25,000 participating at all shooting levels, from farm and syndicate shoots through to national, registered and International competitions.

It couldn’t be easier to have a go at clay shooting and discover for yourself just how much fun it is!

No need for any special clothing or equipment. Just find a convenient clay ground that offers introductory lessons for beginners, call them up and book a session.

It needn’t be expensive; most grounds offer special introductory rates for beginners, with prices mostly include cartridges, use of the gun and other equipment.

There are CPSA certified grounds and instructors all over the country, so there’s should be one nearby.

The instructor has been fully trained and qualified, so you’re in good hands. They will provide all the equipment you need, including the gun, cartridges, safety glasses and hearing protection. Just turn up in comfortable outdoor clothing and leave the rest to them.

You’ll find that safety is their No.1 priority and they are in control at all times.

There are a number of different forms of regulated competition in clay pigeon shooting called disciplines. These can roughly be divided into three main groups; English Sporting, Trap and Skeet. Below you can view all the disciplines in which the CPSA holds competitive shoots.

♦ Down The Line (DTL)
Targets are thrown to a distance of 45 to 50 metres at a fixed height of approximately 2.75m and with a horizontal ‘spread’ of up to 22 degrees either side.
♦ Single Barrel (SB)
Single Barrel events are shot on a DTL layout and all rules and procedures are the same, with the following exceptions: 1) Only one barrel may be loaded and only…
♦ Double Rise (DR)
The procedures and layouts for Double Rise are the same as those for DTL. Targets are thrown simultaneously on separate trajectories.
♦ English Skeet (ESK)
Skeet is a word of Scandinavian origin, though the discipline originated in America. Targets are thrown in singles and doubles from 2 trap houses situated some 40 metres apart.
♦ English Sporting (ESP)
The English Sporting discipline has the sport’s biggest following. While the other disciplines only use standard targets, in Sporting almost anything goes.
♦ Automatic Ball Trap (ABT)
Automatic Ball Trap is the second most popular Trap discipline shot in the UK next to DTL. An ABT squad consists of six shooters.
♦ Olympic Trap (OTR)
As it’s name indicates, this is one of the disciplines which forms part of the shooting programme at the Olympic Games.
♦ Universal Trench (UTR)
A variation on the theme of trap shooting, sometimes known as “Five Trap”. Five traps are installed in a trench in front of the shooting stands, all set at different…
♦ FITASC Sporting (FSP)
This discipline can have an infinite variety of ‘stands’. ENGLISH SPORTING is the most popular form of clay shooting in the UK.
♦ Helice (HEL)
A different form of flying target competition, which cannot be called clay shooting as the targets are made of plastic.

No Time to Die