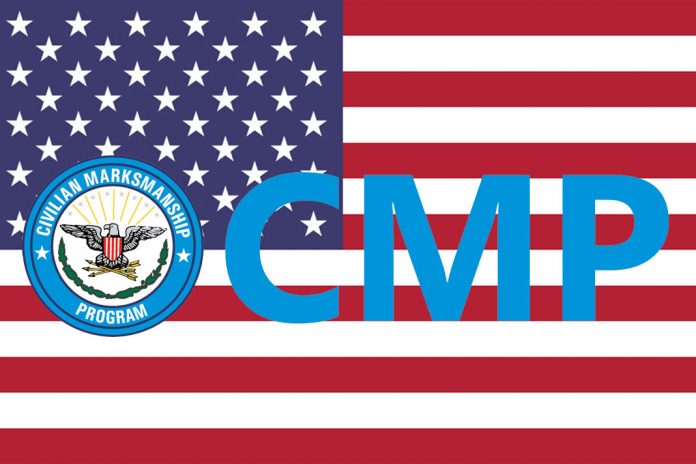 The Office of the Director of Civilian Marksmanship (DCM) was created by the U.S. Congress as part of the 1903 War Department Appropriations Act. The original purpose was to provide civilians an opportunity to learn and practice marksmanship skills so they would be skilled marksmen if later called on to serve in the U.S. military.

Over the years the emphasis of the program shifted to focus on youth development through marksmanship. From 1916 until 1996 the CMP was administered by the U.S. Army. Title XVI of the National Defense Authorization Act for Fiscal Year 1996 created the Corporation for the Promotion of Rifle Practice & Firearms Safety (CPRPFS) to take over administration and promotion of the CMP. The CPRPFS is a tax-exempt part from a donation of surplus .22 and .30 caliber rifles in the Army’s inventory to the CMP, the CMP receives no federal funding.

The National Board for the Promotion of Rifle Practice (NBPRP), an advisory board to the Secretary of the Army (SA), which was created in 1903, was disestablished by this law and replaced by the CPRPFS. The initial board was appointed by the SA and is responsible to develop all policies and procedures for the implementation of all aspects of the CMP.

The Civilian Marksmanship Program (CMP) is a U.S. government-chartered program that promotes firearm safety training and rifle practice for all qualified U.S. citizens with special emphasis on youth. Participation in the Program is not mandatory or compulsory, but any U.S. citizen who is not legally prohibited from owning a firearm may purchase a military surplus rifle from the CMP, provided they are a member of a CMP affiliated club. The CMP operates, not as a government entity, but through a network of affiliated private organizations, shooting clubs, and state associations that cover every state in the U.S. The organizations, clubs, and associations offer firearms safety training and marksmanship courses as well as the opportunity for continued practice and competition.

The National Matches were first held in 1903, moved to Camp Perry, Ohio, in 1907 and continue to take place every summer at Camp Perry. The National Matches have become a huge, national shooting sports festival with well over 6,000 annual participants. School students and competition event shooters range from beginners to many of the world’s best.